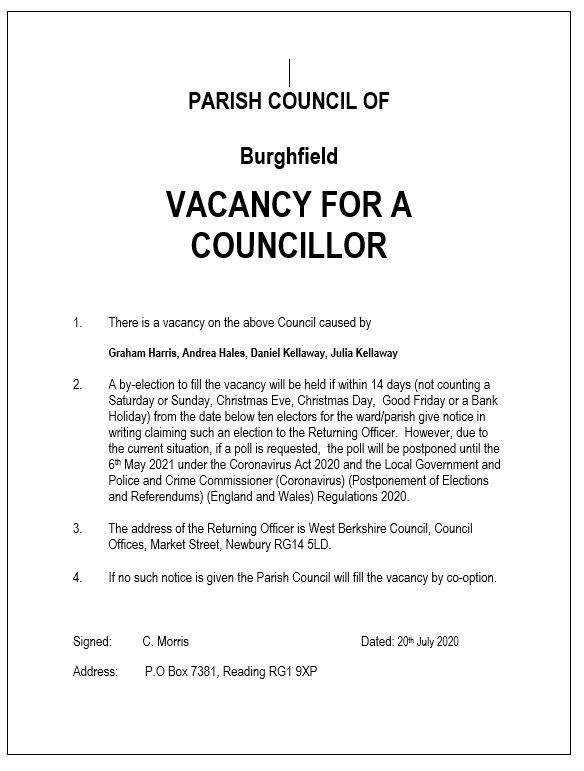 If a vacancy arises on a Parish Council due to an existing councillor’s resignation, disqualification or death, the process to fill the vacancy is as follows:

If an election is not called

The Parish Council are notified by West Berkshire Council that an election has not been called and that the vacancy may be filled by co-option. Or, if vacancies remain after a recent election, the following procedure will apply:

To qualify for election as a Parish Councillor, and to hold such an office, an applicant must be:

An applicant may be disqualified from standing (or being co-opted), if they are employed by the council, have had bankruptcy restriction orders made against them or they have a previous criminal conviction with a prison sentence of three months or more. If you are in any doubt whether you would be able to stand for election please contact West Berkshire Electoral Services